Everyone has their preferred tire of choice and with so many different tire choices and combinations, we decided to look through back through the archives to find some of the tire choices of the world’s top riders. Maxxis Assegai // Minion DHR II 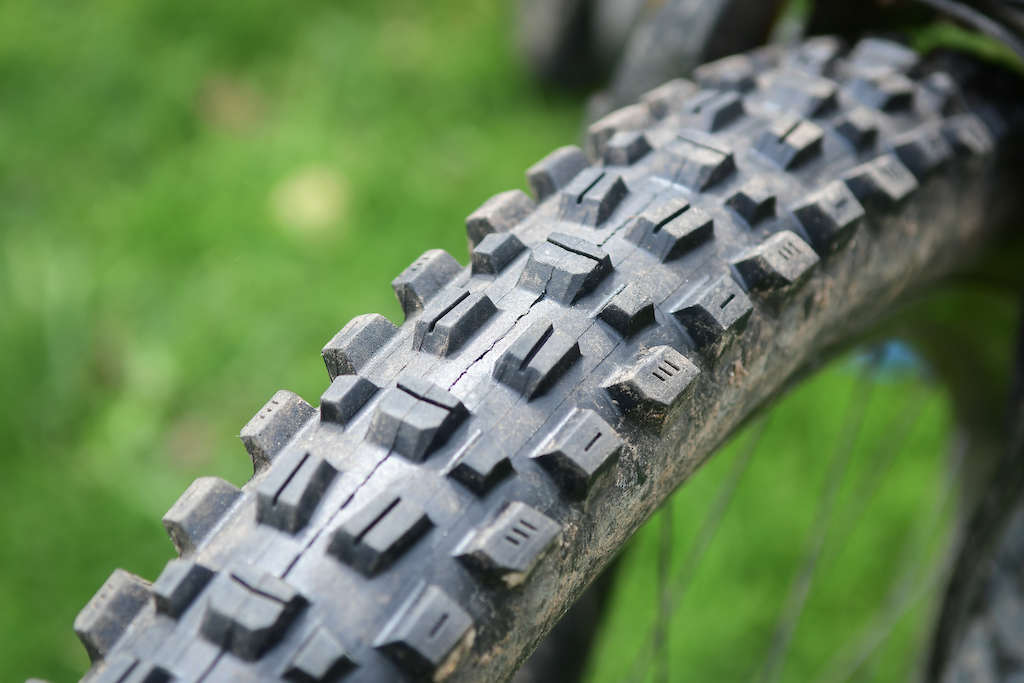 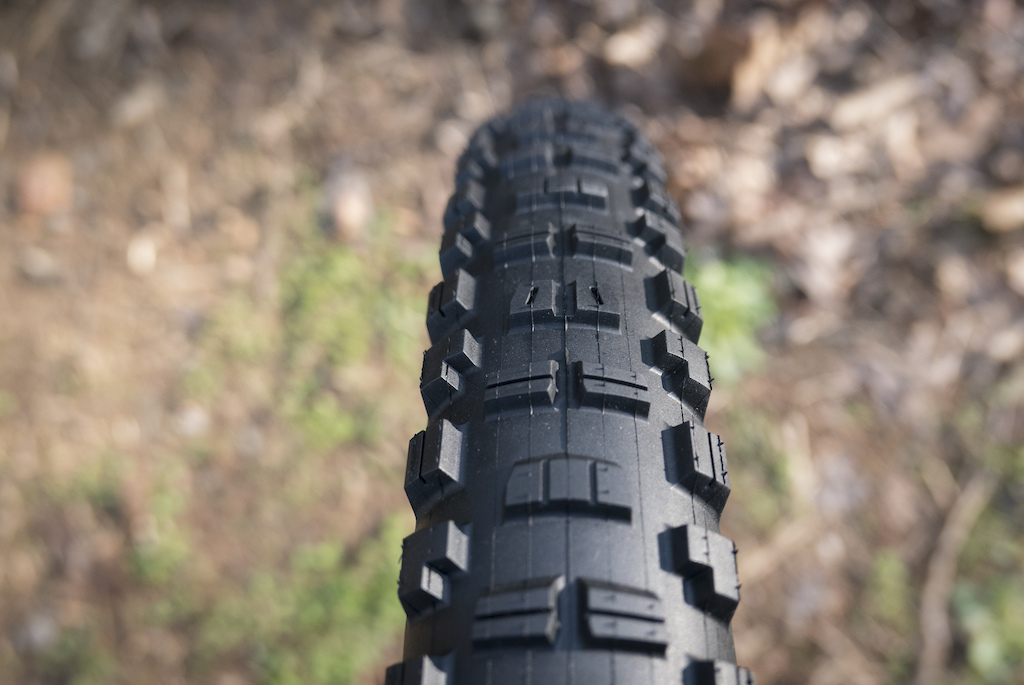 Greg Minnaar released his Assegai tire at the start of the 2018 season and it has quickly become one of the most popular on the World Cup circuit. As a combination of the tread patterns found on other Maxxis tires, there’s no doubting its all-round ability but at 1,300 grams with a super tacky compound, it’s rolling speed is never going to be something to write home about. Some riders opt to match it with a DHR II so they aren’t having to haul 2 Assegai’s around at once.
Connor Fearon, 2019
Jure Zabjek, 2019
Dakotah Norton, 2019

The DHR II front and rear combo was spotted on quite a few bikes last year with riders such as Danny Hart running the setup throughout 2019. Although not offering quite the same cornering properties of the Assegai or DHF, the DHR II still provides plenty of traction and its blocks designed to enhance braking make it a great choice on the steeper tracks where you want optimum braking performance.
Matt Walker, 2019
Mark Wallace, 2019
Hugo Frixtalon and Thomas Estaque, 2019
Danny Hart, 2019
Greg Williamson, 2019

Released in 2018 the Assegai has become a very popular tire for DH rider because of its design featuring similarities to some of Maxxis’ other popular options making it a good all-round choice for racers as it has great levels of grip, control and cornering ability.
Marine Cabirou, 2019
Eddie Masters, 2019
Alex Marin, 2019
Sam Blenkinsop, 2020 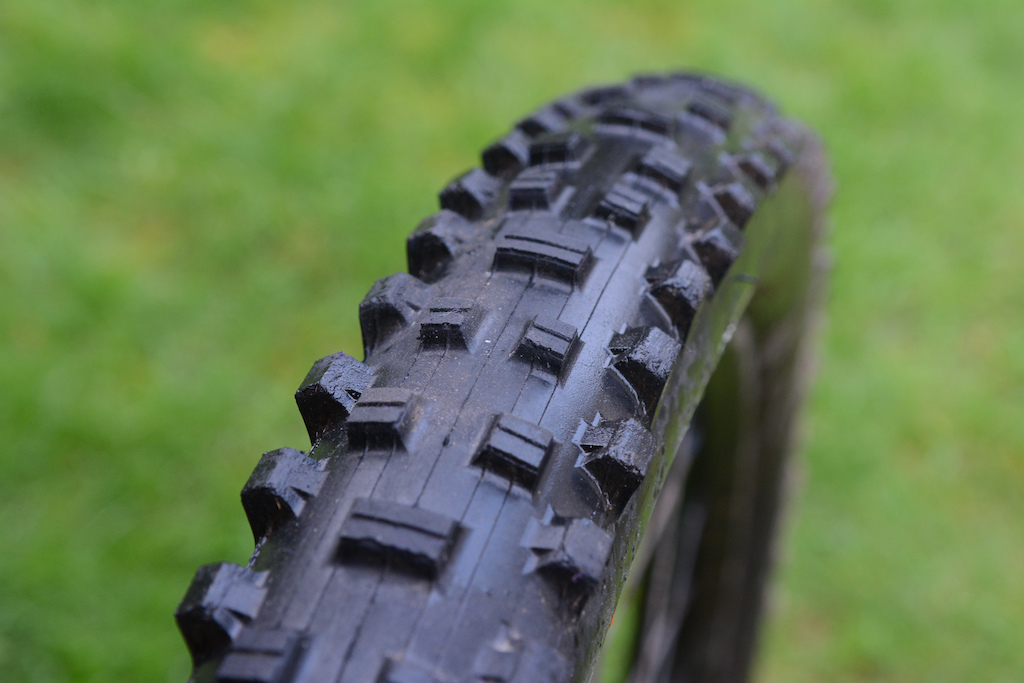 The Shorty fills the spot of dedicated mud spike in Maxxis’ tire range but slightly shorter and broader tread blocks it can still work well on harder surfaces unlike the classic mud tires like the Wetscream. Featuring big blocks in its tread the Shorty works best when digging into soft, muddy trails and its outwardly angled tread pattern clear mud making it a great choice for racers in wet conditions.
Bernard Kerr, 2018
Adam Brayton, 2017
Greg Minnaar, 2017

The Maxxis Shorty, Assegai combo is definitely a more unique setup, something that should work well on wet race tracks where you want the extra grip up front offered by the Shorty but the rounder profile offered by the Assegai out back. 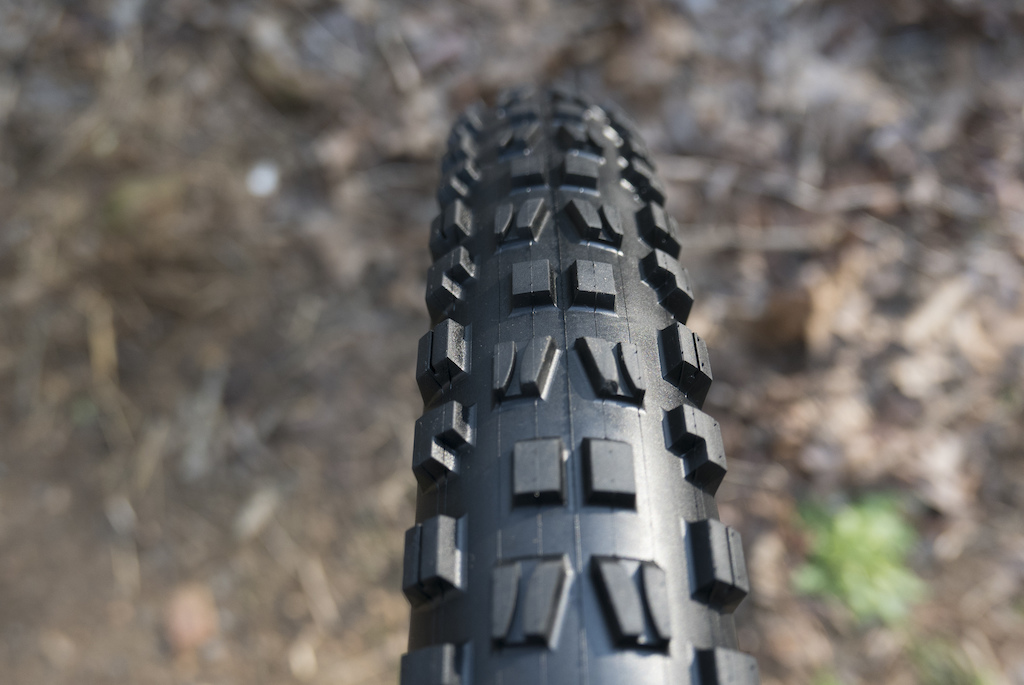 The classic combo of a DHF up front and a DHR II out back is still popular on the circuit, with Vali Höll finding great success throughout the year on this setup. Interestingly, last year Connor Fearon swapped out from his Assegai // DHR II combination in Maribor to this setup for the World Champs in Mont-Sainte-Anne. The DHF is a great tire to feature at the front of the bike as its dedicated channel between the outside cornering blocks lets the tire bite down into turns, and once again the DHR II on the rear helps to add great braking traction where you need it most.
Connor Fearon, 2019
Vali Höll, 2019
Eliot Jackson, 2018 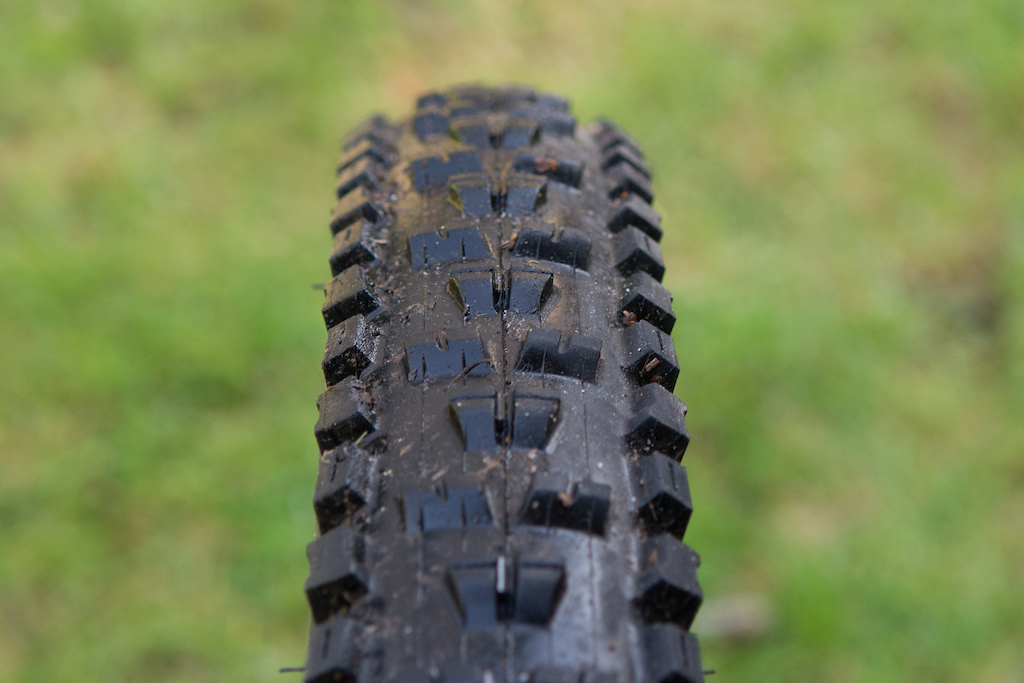 The High Roller is a classic tire from Maxxis with it firmly sitting as a great all-round tire with good levels of grip, control, braking, and rolling resistance on most surfaces. It’s a less popular choice in recent times, though.
Mitch Ropelato, 2016

Another rare tire combo we spotted was Keegan Wright’s pairing of the High Roller II and DHR II for the 2018 New Zealand National Champs. The High Roller II up front should provide plenty of grip especially went leamed over into corners, but the DHR II out back provides plenty of braking traction when it’s needed.
Keegan Wright, 2018 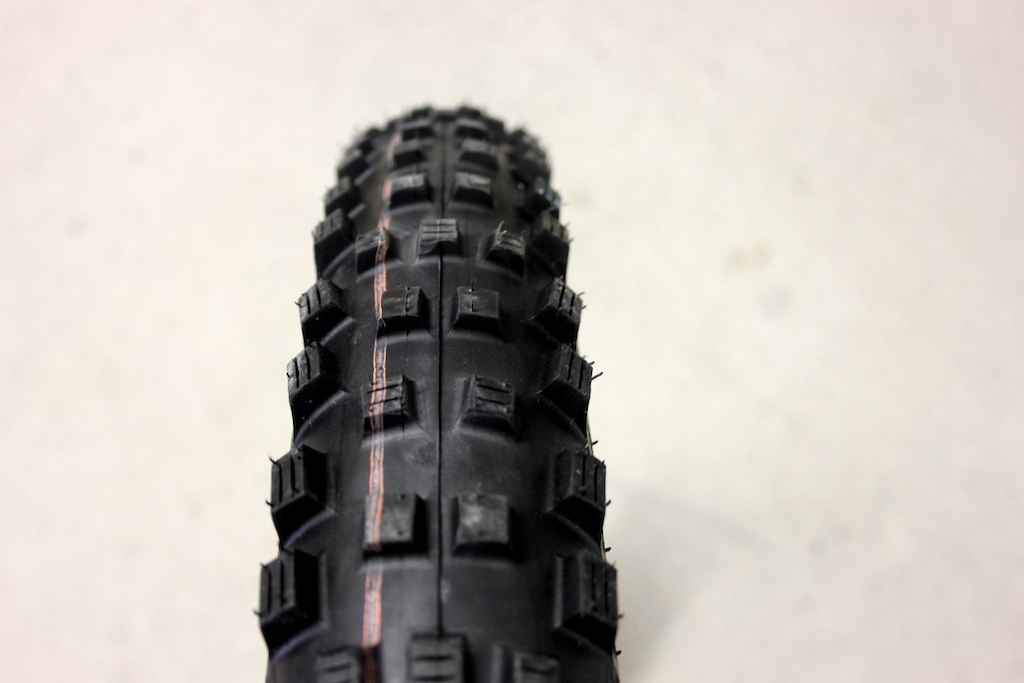 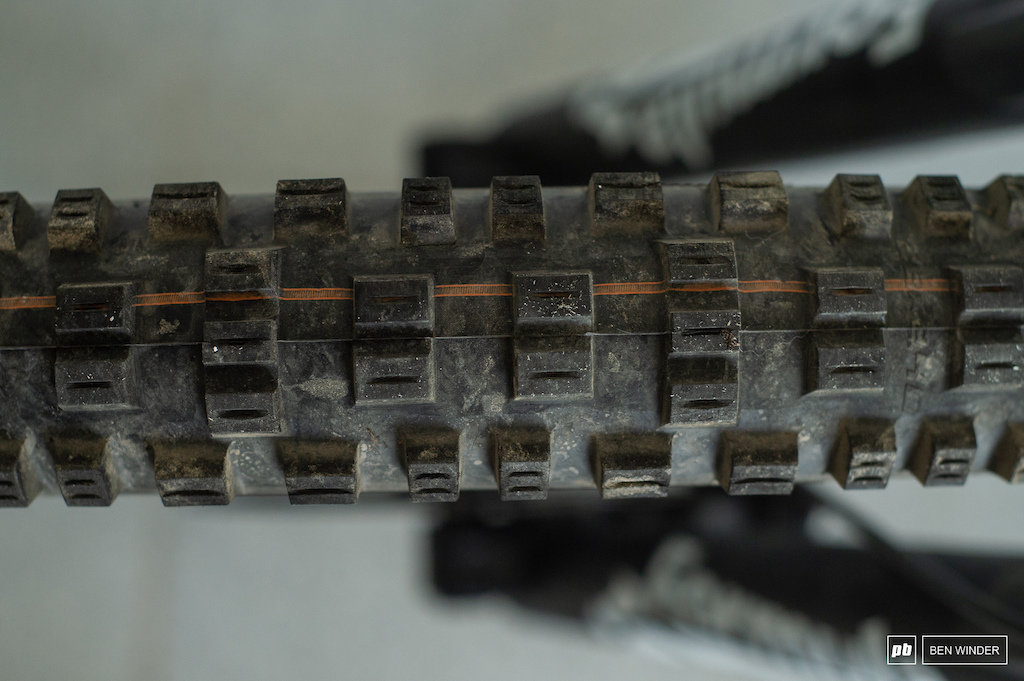 This is definitely a unique setup used by Amaury Pierron during his winning run at Fort William last year. With the predictable Magic Mary up front, Pierron paired this with Schwalbe’s eMTB offering the Eddy Current on the rear. Schwalbe claims the Eddy Current features blocks that are 20% larger than other similar tire profiles helping to offer an aggressive tread pattern improving power transmission and steering predictability.
Amaury Pierron, 2019 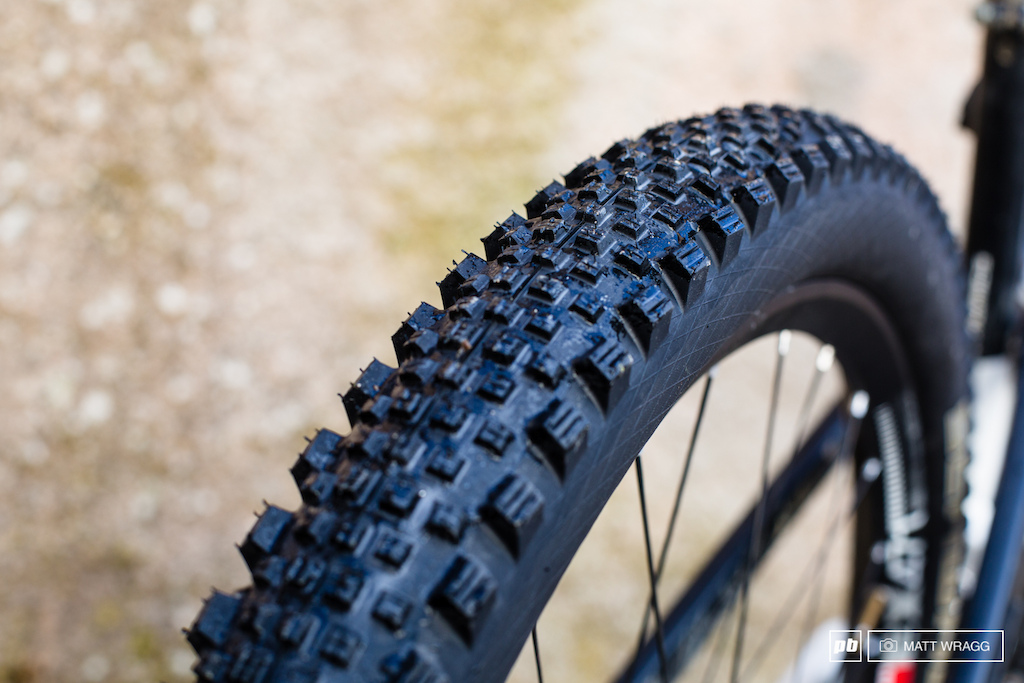 Phil Atwill was very vocal during the 2017 World Cup at Leogang and his tire setup matches his view of the track. For the bike park course, Phil fitted a standard Schwable Magic Mary up front but for the rear, he opted for the almost racing slick tread of the Rock Razor, providing some extra speed on the hardpack course while the Magic Mary will give a bit of bite for the off-camber parts of the track. 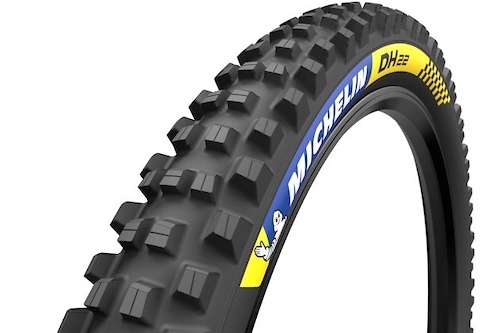 The Mondraker team were testing out the long-awaited Michelin DH tires last year with Laurie Greenland and Brook Macdonald running pairs of the DH22 tire at the 2019 World Championships in Mont-Sainte-Anne. Michelin claims the tire is the “more versatile in the range” is built using their Magi-X compound and Downhill Shield to ensure good levels of grip on soft terrain while also being stable on harder terrain.
Laurie Greenland, 2019
Brook MacDonald, 2019 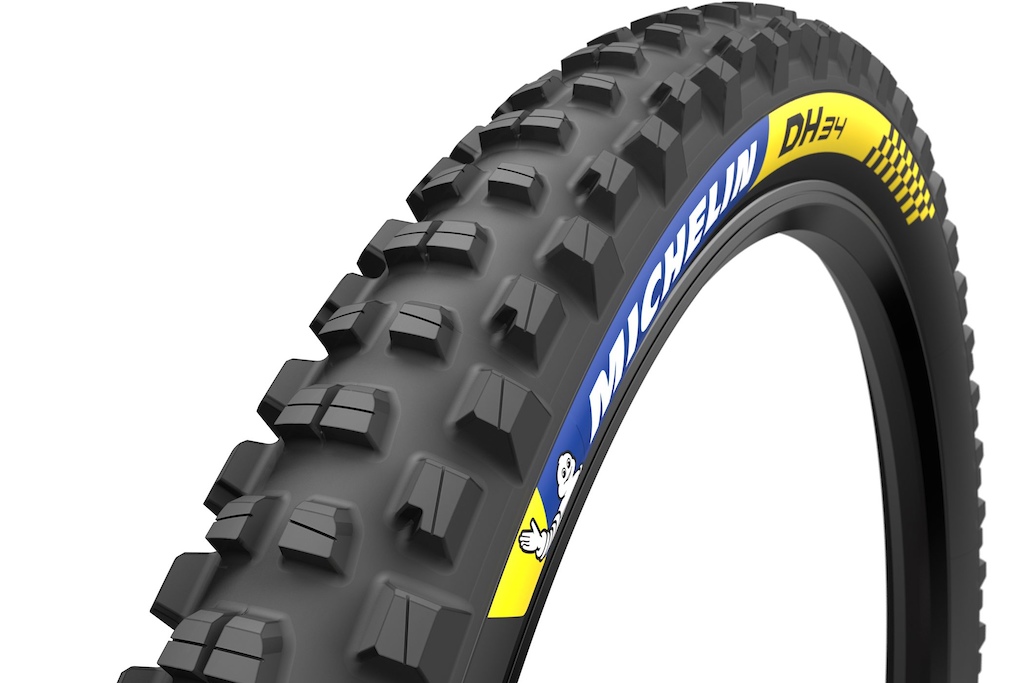 Another new tire in the Michelin DH range is the DH34, unlike the all-rounder DH22 offers superior performance on hardpack and rocky terrain making it a great choice when the race track leans more on the bike park side of things.
Laurie Greenland, 2019
Brook MacDonald, 2019 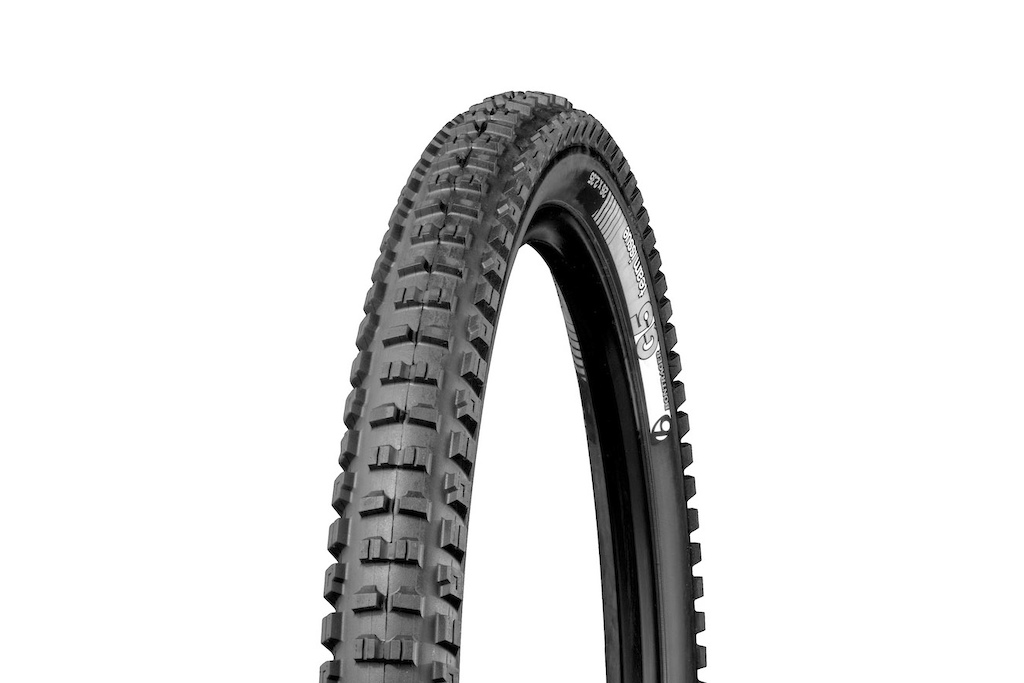 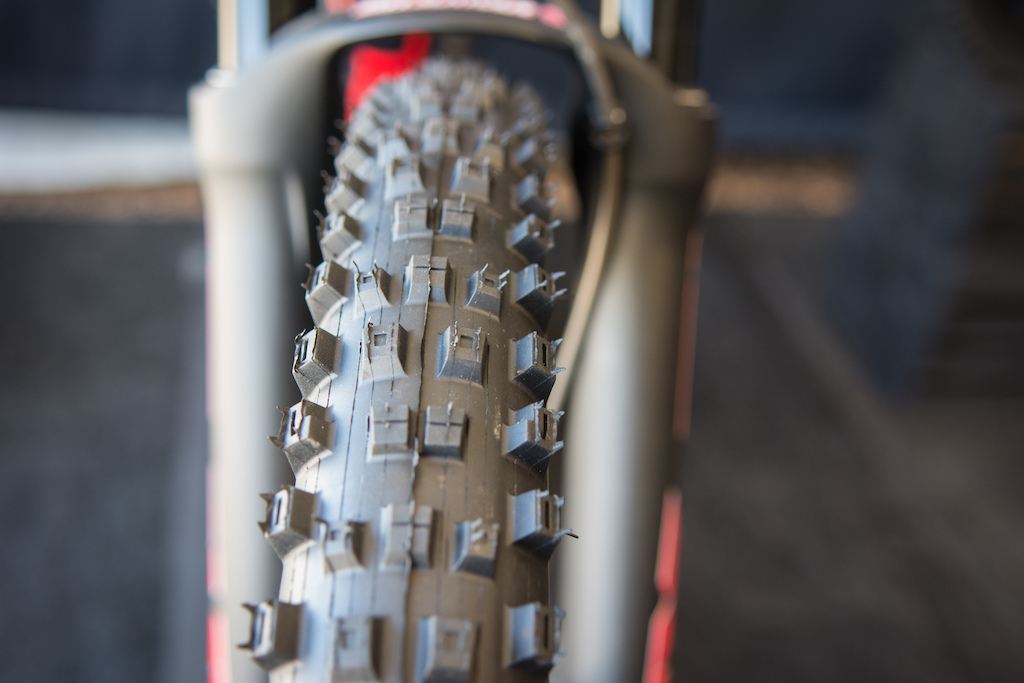 Developed with the UR Team rider the Hellkat is Kenda’s all-round DH tire with a tread pattern suitable for a wide range of conditions. The Hellkat uses a tread optimised to provide a good balance of traction, handling and rolling speed to be predictable across racing conditions.
Aaron Gwin, 2019
Tracey Hannah, 2019 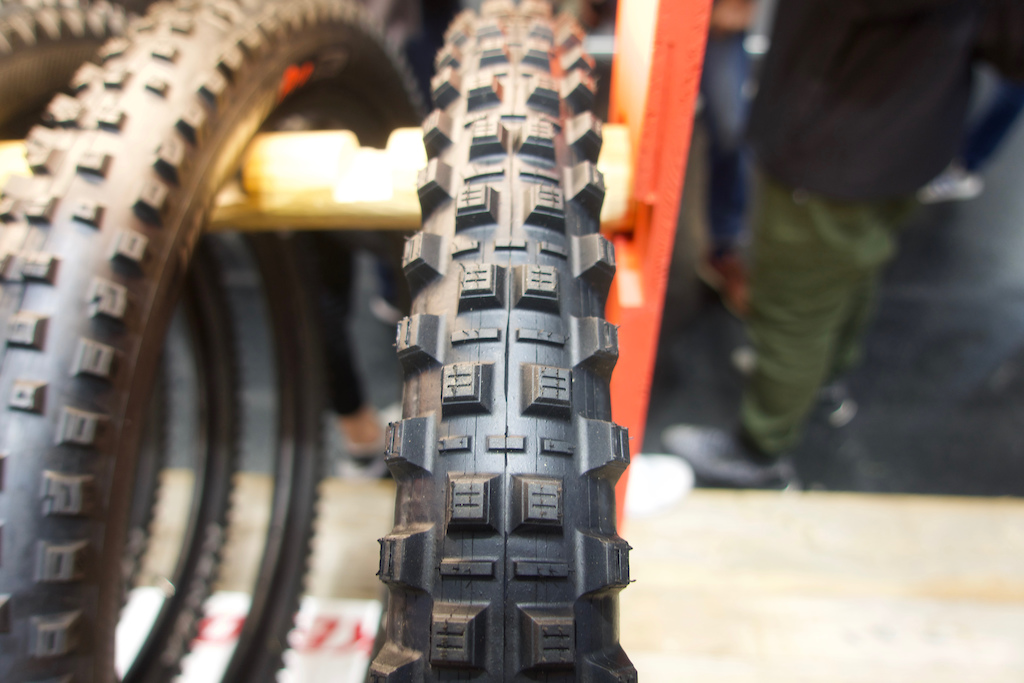 For the 2019 Mont-Sainte-Anne World Champs Neko Mulally decided to kit his Intense M29 with the Kenda mud tire, the Gran Mudda. With tall and spikey knobs designed to bite into the ground and offer a level of predictability in cornering and braking in wet conditions.
Neko Mulally, 2019

Featuring wedge-shaped outer blocks and a faster rolling middle tread the Continental Der Kaiser offers plenty of rolling speed while still giving a good bite. The tire from the German brand was ridden by the Atherton Bikes team last year as an adaptable all-round tire although some of the team did swap to Continental’s Mud King tire during some of the bad weather at Lenzerheide.
Atherton Bikes, 2019 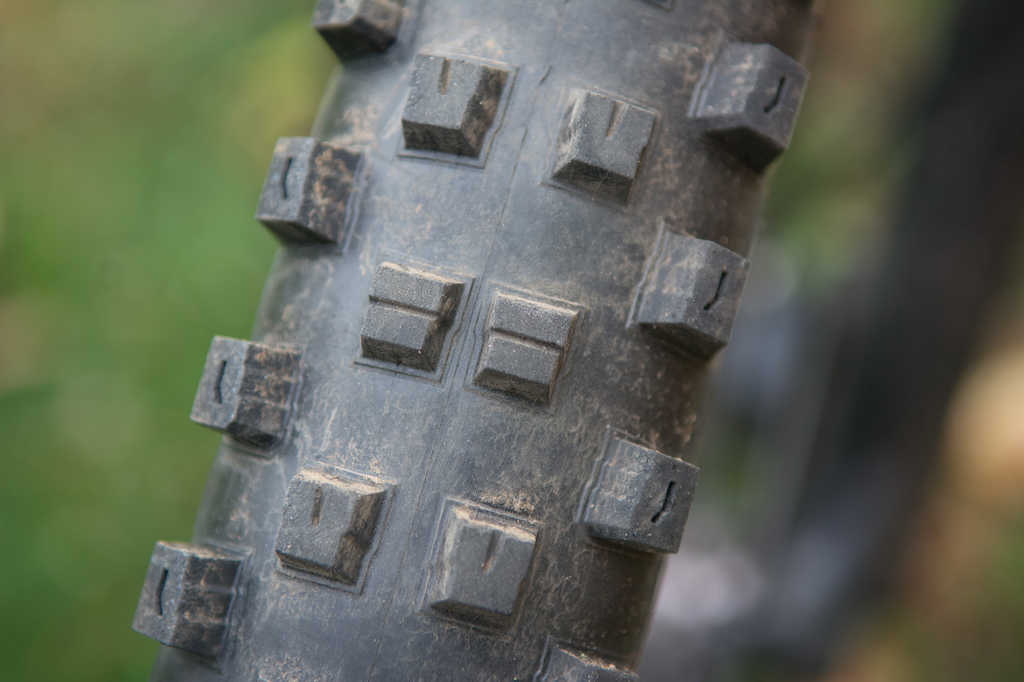 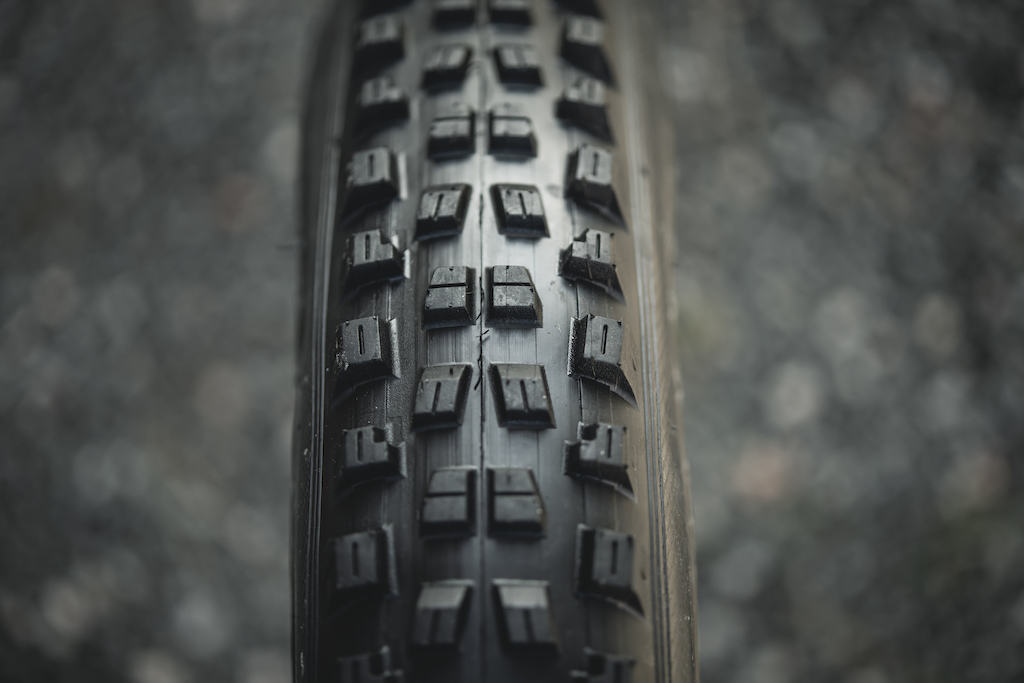 The Vee Tire Snap uses a fast-rolling centre tread with more aggressive shoulder knobs allowing you to push the bike into corners with great levels of traction and control. While former Porpain Factory rider Joe Smith ran the Snap WCE the downhill version of the tire front and rear for Hardline last year, George Brannigan decided to run the Trail version at the front of his bike for Crankworx Rotorua for fast rolling speeds.
George Brannigan, 2020
Joe Smith, 2019 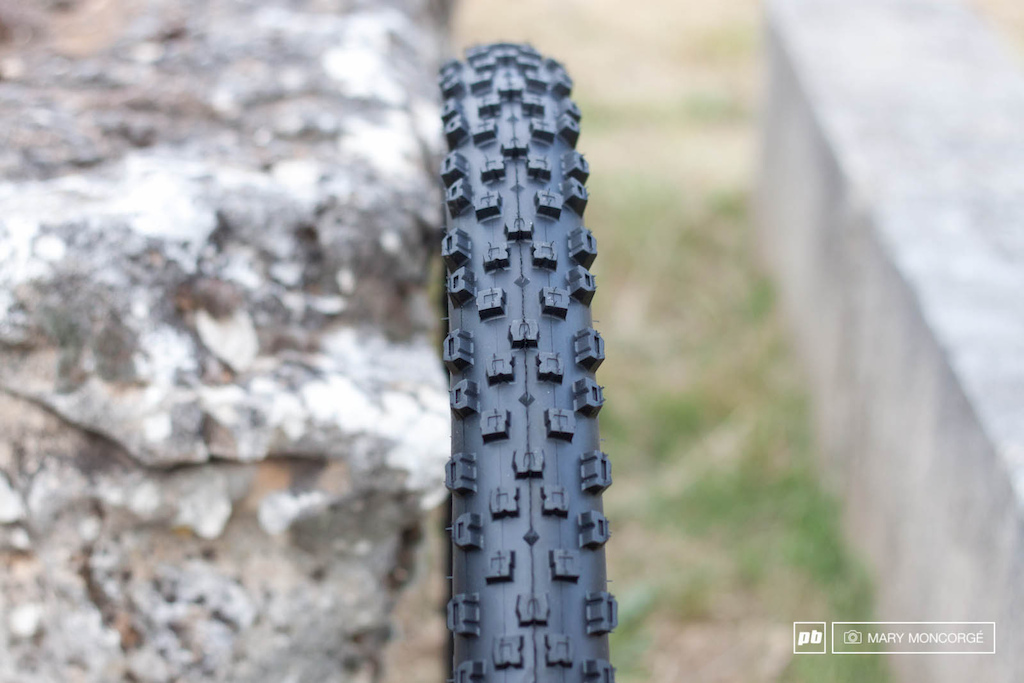 The Hutchinson Toro tires aim to offer consistent levels grip with optimised sections for lateral grip and braking. With an aggressive shoulder tread, the Toro bites into the loose ground while also offering decent levels of rolling speed for when the trails aren’t as soft and loose. In 2017 we saw Myriam Nicole take the Toro as her tire of choice front and rear for the loose and rocky Lourdes World Cup track.
Yoann Barelli, 2017
Myriam Nicole, 2017