Cannondale and Specialized are both major players when it comes to top-tier XC bikes. With each brand having recently released two new models, a World Cup race machine in the Cannondale Scalpel Hi-Mod and the Specialized Epic, and a more all-around trail-friendly XC bike in the Scalpel SE and Epic EVO, it only makes sense to draw some comparisons.

The Scalpel SE and Epic EVO are both likely the bikes that most riders will be interested in, and it just so happens that they’re the two I have on hand at the moment so let’s dig in and see how they stack up against one another on paper.,

The Scalpel has been an iconic bike in Cannondale’s line for nearly 20 years. The full-suspension bike first debuted in 2001 as a futuristic 26″ wheeled XC race machine with a 2x drivetrain, electronic lockout suspension, Lefty fork, and disc brakes. It’s evolved significantly over the years, remaining one of the lightest XC race bikes available and a popular choice for many pros and amateurs alike.

The previous version of the SE was the Scalpel Si, a capable bike that featured plenty of Cannondale’s proprietary tech – Lefty fork and AI offset wheels included. The very latest iteration of the Scalpel that we’re looking at today features a host of changes, including a new suspension design, to make it perform even better and be more user-friendly.

The Epic has been Specialized’s flagship full-suspension race bike ever since its introduction some 18 years ago. In that time, the bike has been on the podium of top tier races countless times under the world’s top riders. For 2021 Specialized is introducing two updated versions of the Epic. The goal with the new Epic platform was to bring the bike into the category of what Specialized considers “modern cross country.”

Previous versions of the full-suspension Epic used Specialized’s proprietary BRAIN shock that uses an inertia valve to discern between trail inputs and rider inputs. The BRAIN is still present on the 100mm front and rear travel race-ready Epic, but the Epic EVO cuts the baggage and uses a metric shock to get 110mm of rear-wheel travel. That is coupled with a 120mm travel fork and a dropper post to make the bike more “shred friendly.”

The Epic EVO is available in a number of different builds composed of SRAM and Shimano drivetrains and RockShox or Fox suspension. Bikes are available in sizes XS – XL with prices starting at $ 4,125 USD and ranging to $11,525 USD for the top of the line S-Works models, complete with SRAM’s wireless AXS drivetrain and RockShox SID suspension.

Both bikes have some unique design elements when it comes to their frames. The Scalpel SE carries over the same frame that the Scalpel has, using a different stroke length shock in order to achieve more travel. The Epic EVO utilizes the same front triangle, as the Epic but the rear end is completely different, foregoing the Brain inertia valve system found on the 100mm travel Epic.

Both rely on the flex of the rear triangle rather than using any bearings or bushings where there normally would be in the chainstay or seatstay area. The Scalpel SE has a flex-pivot built into a point in the chainstay to allow the suspension to work, whereas the Epic EVO uses flex in the seat stay to achieve this. The Scalpel’s flex zone is more immediately visible due to the flattened profile of the chainstay.

Cannondale have engineered their own on-the-frame storage stash. On the water bottle mount, there’s Dynaplug’s new ultra-light carbon plug tool, a Fabric multi-tool, and a spot for a CO2 in an easily accessible yet out of the way location. If that’s too much weight for you, you can take that off and put a blank plate in its place. The Epic EVO? It comes equipped with Specialized’s SWAT steerer tube storage for a multi-tool, master link, and chain tool. This can be removed, without leaving any signs that something was previously there.

The Scalpel SE uses Cannondale’s proprietary Ai – “Asymmetric integration” offset drivetrain to give more tire clearance by moving the drivetrain 6mm to the right. They also claim that this system creates a stronger and stiffer wheel, although it does meant that the wheel is dished to the frame, adding a little bit of work if a spare is needed in a pinch. Additionally, there is a “quicker release” thru-axle in the back to speed up wheel changes by only having to thread into the drive-side of the dropout.

Lastly, frame weights are both light. The Scalpel SE weighs a claimed 1,900g with shock but the Epic EVO is lighter, at a claimed 1,757g for the Comp-Pro models and then 1,659g for the SWorks version…a significant difference.

Tool storage is available on both bikes. Cannondale created room for a multitool on top of the Scalpel’s downtube, and Specialized stashed a tool in the steerer tube of the Epic.

Both bikes look similar, but technically they use different suspension systems. The Cannondale uses a specific point in the rear chainstay, between the main frame and rear axle making it a four-bar system. The Epic, on the other hand, uses the entire length of the seatstay to generate that flex making it a linkage driven single-pivot suspension design.

Notably, this year, Epic EVO has jettisoned the Brain platform that the Epic is known for in favor of a higher volume metric shock and a flip-chip adjustable link that gives riders another half-degree of adjustability. This bike uses a very different leverage ratio than the racier Epic, and it has more anti-squat as it has to give more support in the suspension without the BRAIN.

The Scalpel SE uses suspension kinematics which are size-specific, varying with each size frame. The idea of this is not so much centered around the weight of the rider but more on where the center of mass of the rider is.

Can you spy the differences? 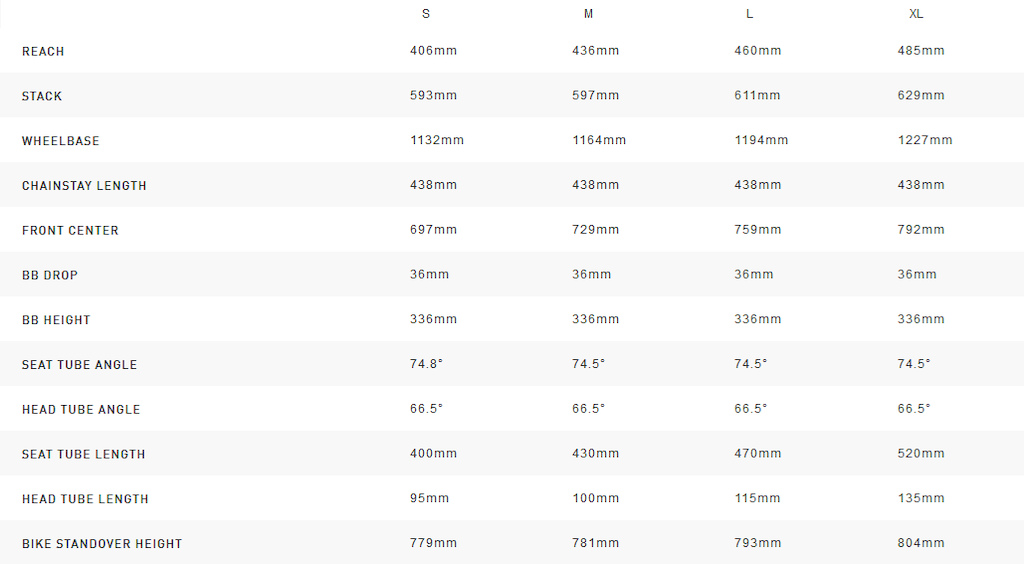 Those numbers are very similar, but the Epic Evo is a touch longer and slacker, and it has a lower bottom bracket height.

Both the Scalpel SE and Epic EVO come in a variety of different specs with Shimano and SRAM options. Taking a Shimano spec from both bikes, as we have here, there are some major differences (yes, one is XT and one is XTR). The Scalpel is only offered with RockShox suspension and in two builds, and a women’s version, with the top of the line offering being the Scalpel SE 1, shown here, that sells for $5,500 USD and weighs 25.2 lbs, with the multi-tool, bottle cage, and tires set up tubeless with a generous amount of tire sealant.

The Scalpel SE 2 and the Scalpel SE Women’s (different color/touchpoints) both feature a SRAM SX Eagle drivetrain with a RockShox SIDLuxe Select + rear shock and SID Select fork. The bikes both sell for $4,000 USD.

All of the Scalpel builds use a Cannondale seatpost and the SE1 uses Cannondale’s carbon Hollowgram wheels.

The Epic EVO is available in four different builds, starting with the Epic EVO comp which sells for $4,125 and is spec’d with RockShox SID suspension, a Shimano drivetrain and a mix of Specialized parts and topping out with the $11,525 S-Works Epic EVO that features a stiffer and lighter frame, SRAM AXS drivetrain and dropper post, and RockShox SID suspension. The model pictured here is the Pro level build that has a Shimano XTR drivetrain and Fox Factory suspension. It sells for $8,250 USD and weighs just under 24 lbs with the SWAT tools in the steerer tube, a bottle cage, and of course, generous amounts of tire sealant.

All of the Epic EVO builds come with four-piston brakes where the Cannondale saves a little weight but sacrifices power with two-piston calipers.

So, which bike is for you? With a number of options, there are plenty of viable aggressive XC trail bikes currently available and a lot of choices will come down to personal preference. Both the Scalpel SE and Epic EVO have their advantages to the right rider. The Epic EVO certainly has a few more options in the build category but not quite as much rear travel, and it’s a bit pricier overall. Both bikes are dialed packages that can no doubt provide a fun and fast ride in the forest.

We will have riding impressions coming up for both of these in the XC Field Test that is currently happening in Squamish so stay tuned in the coming weeks!