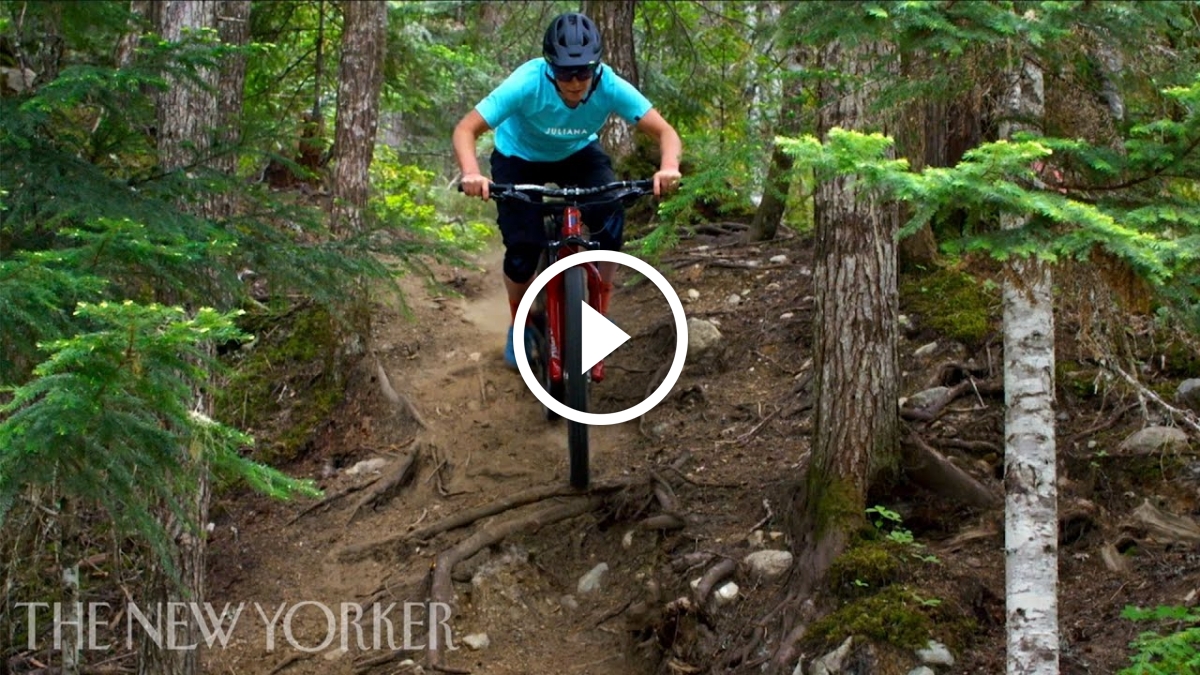 In this short documentary, three young women reflect on their willingness to sustain broken bones, concussions, and organ damage as professional mountain
bikers. ON FALLING is a dreamy, unorthodox glimpse into the inner landscapes of those immersed in a subculture where falling is normal. Blending white-knuckle riding, crashes, and quiet self-examination, the film unfolds as a sensory meditation on the rush of control that comes with completely letting go. ON FALLING features downhill world champion Miranda Miller, Enduro World Series medalist Andréane Lanthier Nadeau, and pro rider and Winter Olympian Brittany Phelan.

DIRECTOR’S NOTES
I live in Vancouver, Canada, on the edge of one of the world’s most renowned mountain
biking destinations. But to be honest, before making this film, I had little interest in
mountain biking and felt generally intimidated by pro riders. These people seem fearless,
whereas I’m an overthinker. They spend most of their time pushing the limits of their
bodies; I spend most of mine hunched behind a camera or computer. As someone who
is too afraid of falling to mountain bike, I’ve always felt like an outsider to this tight knit
subculture.

Making ON FALLING was a way for me to examine how people who are deeply embedded
in this extreme sport think and feel about risk, failure, and vulnerability. I’ve seen how
treacherous a bike fall can be. A few years ago, my sister was in a road bike crash that
damaged her face, knocked out several teeth, and gave her a serious concussion. I
wanted to understand how mountain bikers deal with their own fear, and why they are
willing to constantly subject themselves to extreme risk.

Ultimately, my intention is to provide an unorthodox glimpse into the inner landscapes
of those immersed in a subculture where falling is normal. What does the idea of falling
apart or falling in love mean to someone who consistently experiences drastic physical
falls? I wanted to create a visceral and psychologically-layered exploration of falling that
would speak to non-athletes and sports junkies alike.

My hope is that ON FALLING pulls viewers into a quiet, imaginative space, to consider
the idea of falling in a new way, from the perspective of three of the world’s most
accomplished mountain bikers.

PRODUCED WITH THE SUPPORT OF TELUS & THE NEW YORKER

The Mountain Bike Gear you Love in 2020 [Infographic]
A Complete Timeline of Coronavirus’ Effects on Mountain Biking [Update: US Open of MTB Cancelled]
Comment